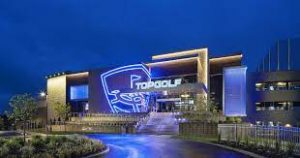 To Perry Parker, a patient advocate for CSL Behring, golf is a “perfect sport” for someone with a bleeding disorder. It’s a physical activity that allows both kids and adults to enjoy the outdoors without putting too much stress on their joints or risking a bruise. Parker would know. He’s taken part in three U.S. Opens and won five times on the Canadian Tour in a more than 30 years as a professional golfer.  Perry continues to be active on the Australian Legends Tour and European senior tours.  He also hosts an annual clinic for kids taking part in CSL Behring’s Gettin’ in the Game℠ Junior National Championship, a sports competition for kids and teens with bleeding disorders. Join us for an afternoon of golf. RSVP to jmcnamee@gatewayhemophilia.org by September 10.